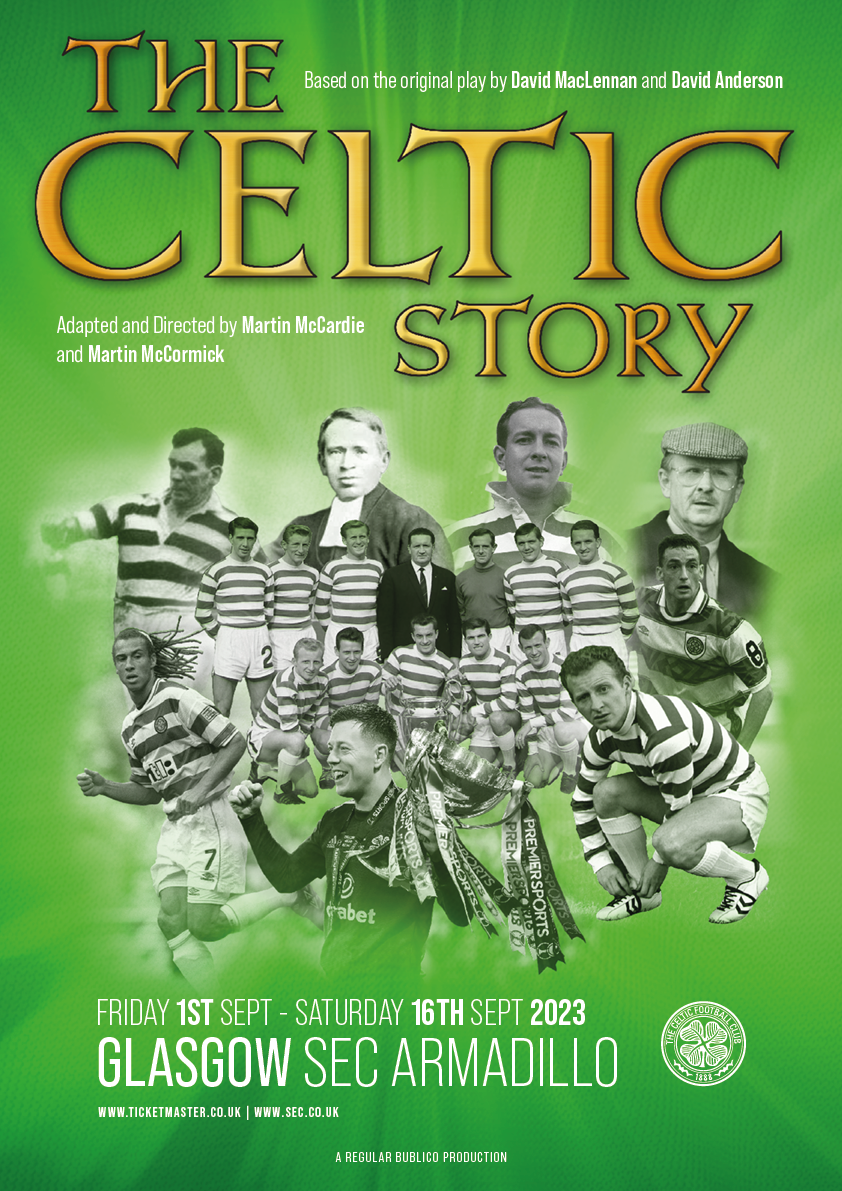 The original and best theatre production of its kind is set to make a triumphant return to the stage at the Armadillo in Glasgow in September 2023.

After a 20 year gap the unique story of one of the greatest sporting institutions in the world is to be told again with some insightful updates to the club’s forever evolving rich history.

The original script by David Anderson and David MacLennan charted the unique history and culture of Celtic Football Club from its humble charitable beginnings as seen through the lives and times of an Irish immigrant family in Glasgow. The Burns family story has been carefully updated by Martin McCardie and Martin McCormick who will also share directorial duties.

Ed Crozier of Producers Regular Bublico Productions said ‘We are extremely excited to be bringing back this wonderful and unique musical play after a 20 year hiatus with an update and some new chapters to the unique history of Celtic Football Club.’

David Anderson said ‘As one of the original writers of The Celtic Story I am delighted to be handing over the baton for the next instalment of the continuing rich story of Celtic Football Club. I am also delighted that a new generation will get the opportunity to see the play. With Martin and Martin they are in safe hands.’

Martin McCormick (writer/director) said ‘The Celtic Story began in 1988 and I’m privileged to be passing this story on to our audiences in 2023. I vividly remember attending Wildcat shows as a child and it feels really profound that I’m now involved in continuing and evolving what they started. I cannot wait to pass the story on again and celebrate our Club’s unique history.’

Martin McCardie (writer/director) said ‘This play is about Celtic supporters, by supporters and for supporters. It celebrates the strong bond between the club and the fans, the Celtic family.’